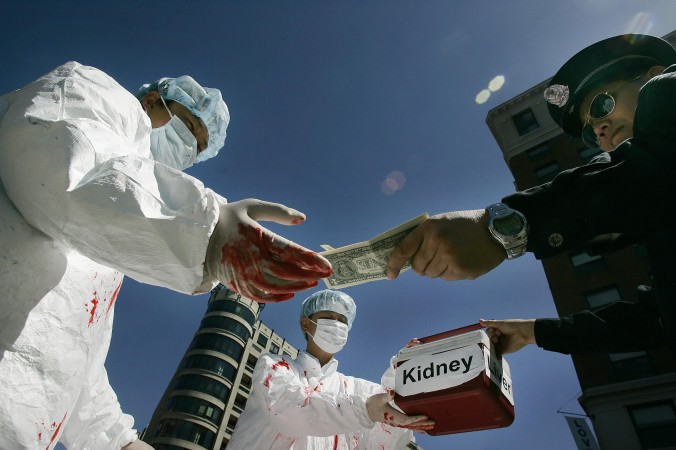 Mounting evidence tells a terrible tale of murder and mutilation in China. Witnesses and Chinese physicians reveal that tens of thousands of Falun Gong practitioners are being killed for their organs, which are sold and transplanted at enormous profit.

“After months of investigation, including undercover interviews with doctors throughout 12 provinces in China, we come to the regrettable conclusion that these allegations are true.”-Hon. David Kilgour, JD, Former Canadian Secretary of State, Asia-Pacific

The kidneys, livers, and hearts are often sold on demand to patients who can afford them. That is, the prisoners of conscience are tissue typed and then killed once a matching recipient is found for their organs.

Who is doing this?

The perpetrators are officials of the Chinese Communist Party (CCP), acting in cahoots with surgeons, prison authorities, and military officials.

Victims are held in concentrations camps prior to dissection, after which the bodies’ remains are immediately cremated.

The story, almost too dreadful to believe, was first revealed in March 2006, when a woman stated that as many as 4,000 Falun Gong had been killed for their organs at the hospital in which she had worked.

She also said that her husband, a surgeon at the same hospital outside the northeastern city of Shenyang, had disclosed to her that he had removed cornea from the living bodies of 2,000 Falun Gong adherents.

One week later, a Chinese military doctor not only corroborated the woman’s account but claimed such atrocities were taking place in 36 different concentration camps throughout the country. He said he had also witnessed the Falun Gong being massively transported across the country in cattle trains, at night and under the cover of tight security.